MP for Morecambe and Lunesdale
David Morris was first elected as Morecambe & Lunedale in May 2010 and was re-elected in 2015 with an increased majoirty of 4,590. Since being elected in 2010, David has secured the building of the £124.5 Million Heysham M6 Link Road, secured Heysham as the site for a new nuclear build, delivered a GP lead NHS Same Day Service in Morecambe, campaigned for more trains to stop at Carnforth, campaigned to improve NHS services locally and has enabled the residents of Sunderland Point to build sea defences to protect the point from coastal erosion and storm to name a few things David has worked on.

David was made the PPS to the Secretary of State for Wales in June 2014 a role he has carried into the new Parliament, and David is also the first ever self employment ambassador to the Government.

Between £20m – 50m will be invested in consolidating the pathology services across the Lancashire and South Cumbria Sustainability and Transformation partnership. 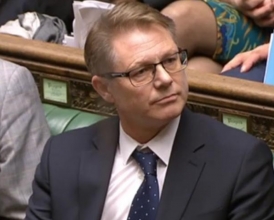